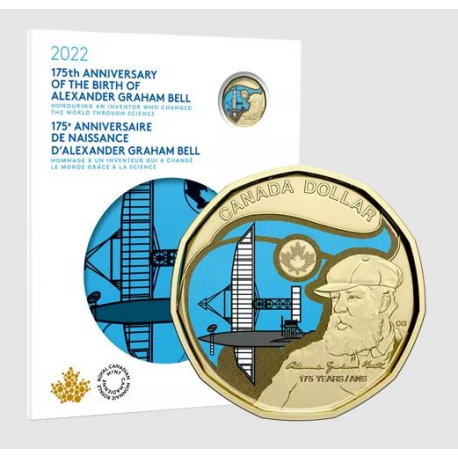 Be inspired: Celebrate Alexander Graham Bell’s drive for discovery and his contributions to Canada’s history of innovation.

The 175TH Anniversary of the Birth of Alexander Graham Bell commemorative one-dollar coin honours his contributions and achievements, including a record-setting hydrofoil and the first powered aircraft to fly in Canada. Both crafts are depicted on the commemorative $1 coin, which is twice featured in this Keepsake Card: there’s the non-colour version, and one with blue waves representing Nova Scotia’s Bras d’Or Lake, where the HD-4 and the Silver Dart made history.