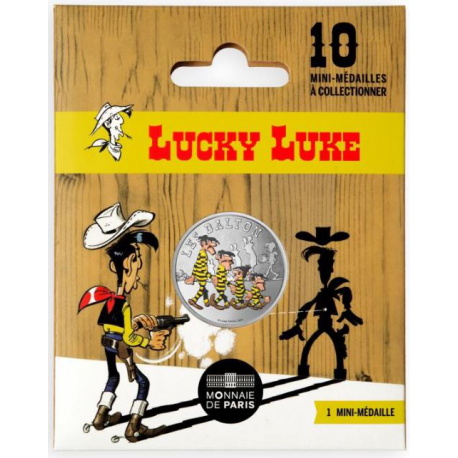 To celebrate the 75th anniversary of the fastest trigger in the West, the Monnaie de Paris launches in 2021 a collection of colourful mini-medals to the characters figures from Morris' comic strip. The mini-medals will be distributed in three waves. Each mini-medal is packaged in a card with the main elements of the Lucky Luke universe.

Pioneer of the Conquest of the West, Calamity Jane is one of the rare female characters in the universe of Lucky Luke (with Ma Dalton)... But what a character ! Scout in the army, gold digger, she worked at the Pony Express and even at the construction of the Railroad, she is as skillful in swearing as she is in rifle...